To gain competitive advantage in a VUCA world, it is imperative for businesses to drive human-centred design thinking into the core of innovation efforts.

In the current scenario of global financial imbalance, corporations need to look at different ways of thinking and problem solving. They need to be able to visualise unfolding scenarios and possibilities. However, are executives equipped to do this? The answer, sadly, is ‘no’. The existing mindset is that of ‘analytical thinking’ rather than ‘possibility-oriented thinking’.

Analytical thinking is based on breaking down an issue into smaller, manageable parts. This works for solving small operational problems, but fails where one has to think holistically and be able to see the interlinkages between various parameters.

All of today’s challenges are about how to deal with ambiguity and uncertainty. In the 1990s, the American Military coined an interesting acronym for this situation—VUCA—which stands for volatility, uncertainty, complexity, and ambiguity.

So what happens when there is no relevant data available for decision-making? What does the manager rely on? How does s/he formulate strategy? This is where the ‘open-ended, exploratory, deeply human-centric, imaginative approach’ (Design Thinking by Tim Brown, Harvard Business Review, June 2008) of a designer comes into the picture and proves to be of immense help. By training, a designer brings in all these traits in her/his problem-solving approach, which businesses should look at seriously. The model of doing business today has to be looked at in a completely different perspective and that is where innovation is needed. Innovation is user-driven and not technology-driven. ‘Design Thinking as an approach’ seems to provide some answers.

For the past decade and half, there has been a worldwide debate on whether a designer’s approach is the most conducive to innovative thinking. Many academics and industry practitioners have begun to advocate ‘design thinking’ as an approach with the highest probability of making innovation happen.

Design thinking is an approach to problem solving. It encompasses people (by observing them and gaining insights through their behaviour patterns), ideating (brainstorming, looking at a problem from multiple perspective), prototyping (visually/physically representing the thinking), and story narration (scenario building). Earlier, companies involved designers at the end of the development process—e.g., creating beautiful packaging or selecting nice colours for the product or creating fancy collaterals for the communication strategy. However, now, as per Brown, rather than asking designers to make an already created product attractive, companies are involving designers to create products based on what consumers need and want.

The word ‘design’ in design thinking, in today’s context, does not restrict it to designers alone. It is a skill anyone can master and thereafter apply to innovation successfully. Hence design thinking is a process, where there is a lot of emphasis on trial and error or experimentation. Defining and redefining the problem at hand is an important aspect of design. While creating a solution, it is extremely important to define the problem in the simplest form. In order to define a problem properly, a manager needs to have a very high ‘empathy quotient’, i.e., a high ability to put herself in the shoes of the end-user and experience the problem herself. Only then can the problem be understood thoroughly. Design thinking begins with empathy and can be explained by the following 4D process ( as per Design Council).
Step 1. Discover
Step 2. Define
Step 3. Develop
Step 4. Deliver

Step 3: The ‘develop’ phase involves generating multiple options for the defined problems, prototyping, and multiple iterations. At all times, the latent needs of the user are the primary focus of all the solutions generated.

Step 4: The ‘deliver’ phase involves the execution and rollout phase. In other words, the business planning begins. The chart given below offers a detailed explanation of the activities involved in each of these steps.

Design thinking is a process that increases the probability of innovation due to its deeply humancentric approach. The process is equally useful for startups and large corporations. If corporations do not embed it in their DNA, they should expect themselves to become obsolete sooner than later.

How can an organisation promote design thinking across the hierarchy?

It is important that the entire organisation be geared towards tapping the power of design thinking. Here are a few measures that would help: 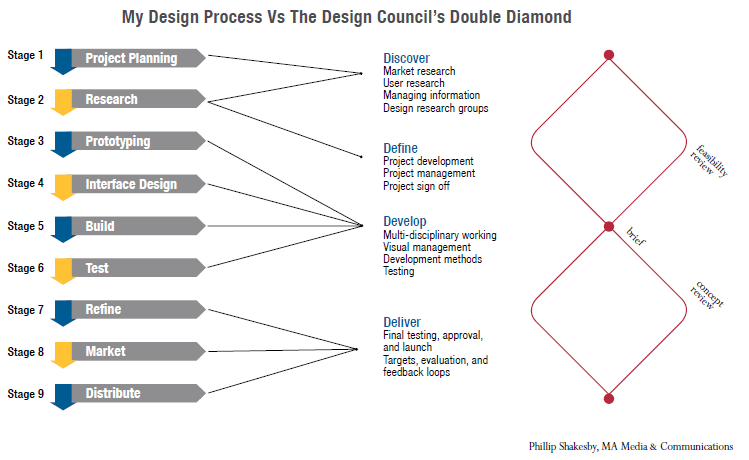 Tolerance to mistakes and a culture of experimentation and prototyping

Companies should create a climate where there is ‘tolerance toward mistakes’ committed by proactive employees. This would encourage a ‘spirit of experimentation,’ which enables people to take risks for the betterment of the company, without excessive fear of failure. A culture of prototyping and simulation should be inculcated in the organisation. This enables the employees concerned to directly seek feedback from end users and enables quick refinement of new offerings. Expenses involved in product launches would come down drastically too, since refinement in the product offering keeps taking place at all stages of prototyping.

Companies should create platforms for co-evolution of solutions with vendors, customers, and other channel partners. By doing so, the solutions would be more holistic, ownership quotient toward execution of these solutions would be higher, and developmental costs would get optimised. Open source platforms such as idea contests, co-innovation platforms,’ etc,. are commonly used by companies keen on coevolution. At all times, win-win situations should be created. This attitude should be ingrained in all employees.

Use of contemporary tools for observational consumer research

Companies should focus strongly on tools and techniques in consumer research that generate deep insights into consumer psyche and behaviour. Employees should be trained in ethnography and observational research techniques.

Frequent changes in business models and metrics of performance create a bit of chaos among employees and may hamper immediate performance and goaldirected behaviour. Disrupting systems too often may cause employees to become clueless, negatively affecting the performance of the company. Entire scenarios should be visualised before changes are incorporated in business models. The capability of scenario building needs to be developed in organisations.

Communication channels should be free and enable flow of information without any distortion. Availability of relevant information should be easy and free. This enables access to information whenever needed by the stakeholders involved. If the vision of the top management should be clearly communicated to all, then goal-directed behaviour will occur naturally in an organisation.

Physical layouts of workplaces should ensure maximum human interaction to spark off multidisciplinary conversation as seen at the Basel Institute of Immunology and the headquarters of Pixar as visualised by Steve Jobs.

Disrupting systems often may cause employees to become clueless, negatively affecting the performance of the company. 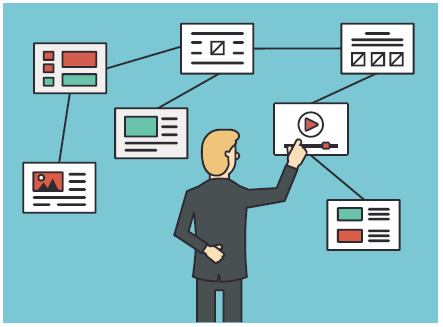 Job rotation across departments/other businesses in the company should be actively pursued and planned properly. This ensures the formation of information networks that are a powerful input for collaboration leading to innovations and breakthroughs. This is a major contributory factor vis-à-vis the huge number of patents at 3M. Multi-disciplinary interaction platforms that bring in perspectives that are not routine in an organisation should be created as in the case of SAP Labs India. They conduct sessions by experts from different fields every alternate Friday. Once they had called Boria Majumdar, a Ph. D in cricket. It is from this session that the idea of ‘sports club management software platform’ was born and now, it is a huge business annually for the company.

Of late, the field of memetics is being explored by various companies as a means to anticipate trends. So, what is memetics?

It is the study of memes, Richard Dawkins, in his book, The Selfish Gene (chapter11) has explained as follows:
“Examples of memes are tunes, ideas, catchphrases, clothing fashions, ways of making pots or of building arches. Just as genes propagate themselves in the gene pool by leaping from body to body via sperms or eggs, memes propagate themselves in the meme pool by leaping from brain to brain via a process which, in the broad sense, can be called imitation. If a scientist hears, or reads about a good idea, he passes it on to his colleagues and students. He mentions it in his articles and his lectures. If the idea catches on, it can be said to propagate itself, spreading from brain to brain. As my colleague N.K. Humphrey neatly summed up an earlier draft of this chapter: `… memes should be regarded as living structures, not just metaphorically but technically. When you plant a fertile meme in my mind you literally parasitize my brain, turning it into a vehicle for the meme’s propagation in just the way that a virus may parasitize the genetic mechanism of a host cell”.

Simply put, memetics is the study of ‘cultural heredity’ similar to how genetics is the study of ‘physical heredity’. How ‘genes’ are responsible for carrying forward our physical characteristics from generation to generation, similarly, ‘memes’ are responsible for transmitting our behaviour to others. The noun ‘meme’ has its origin in the verb ‘to mime’, which means to imitate. Thus a ‘meme’ is a unit of behavioural imitation. Why do some catchphrases stick in public memory while others just fade out?

Why do some trends catch on and snowball into huge cult followings, while others wither away as if they never existed?

Can memetics help figure out these trends before they become really big?

How these trends become big and catch the fancy of the masses is best left to academicians and psychologists—enterprises need to be in a position to know that these trends are catching up, and act on this knowledge before anyone else does. Where could these leads (that some trends are taking root in public imagination) come from? This, according to me, is the big question.

Every country/society has a popular culture that is unique and it is the best indicator of what is happening or what is coming. A major part of popular culture in India is reflected by the following determinants: films that we watch—the success/ failure of a theme projected in a movie is a direct metric of the acceptance/rejection of that concept by the general movie-going public; cricket, other sports too seem to be catching up of late; television soaps; festivals; politics; food; and fashion.

If we follow these broad categories that define popular culture, we could be in a position to identify undercurrents in the behaviour of people, which may snowball into trends at a later date. Corporations would benefit immensely, if they harnessed the power of ‘memes’ to forecast trends and visualise unfolding scenarios long before their competitors would. 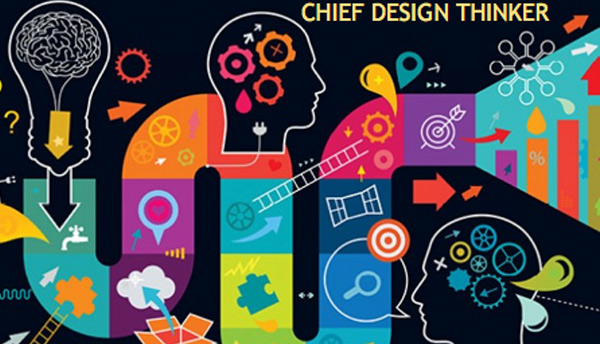 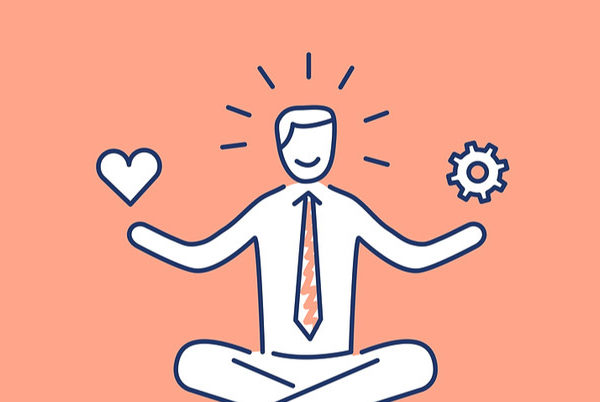 Empathy as the building block for Organization Architecture